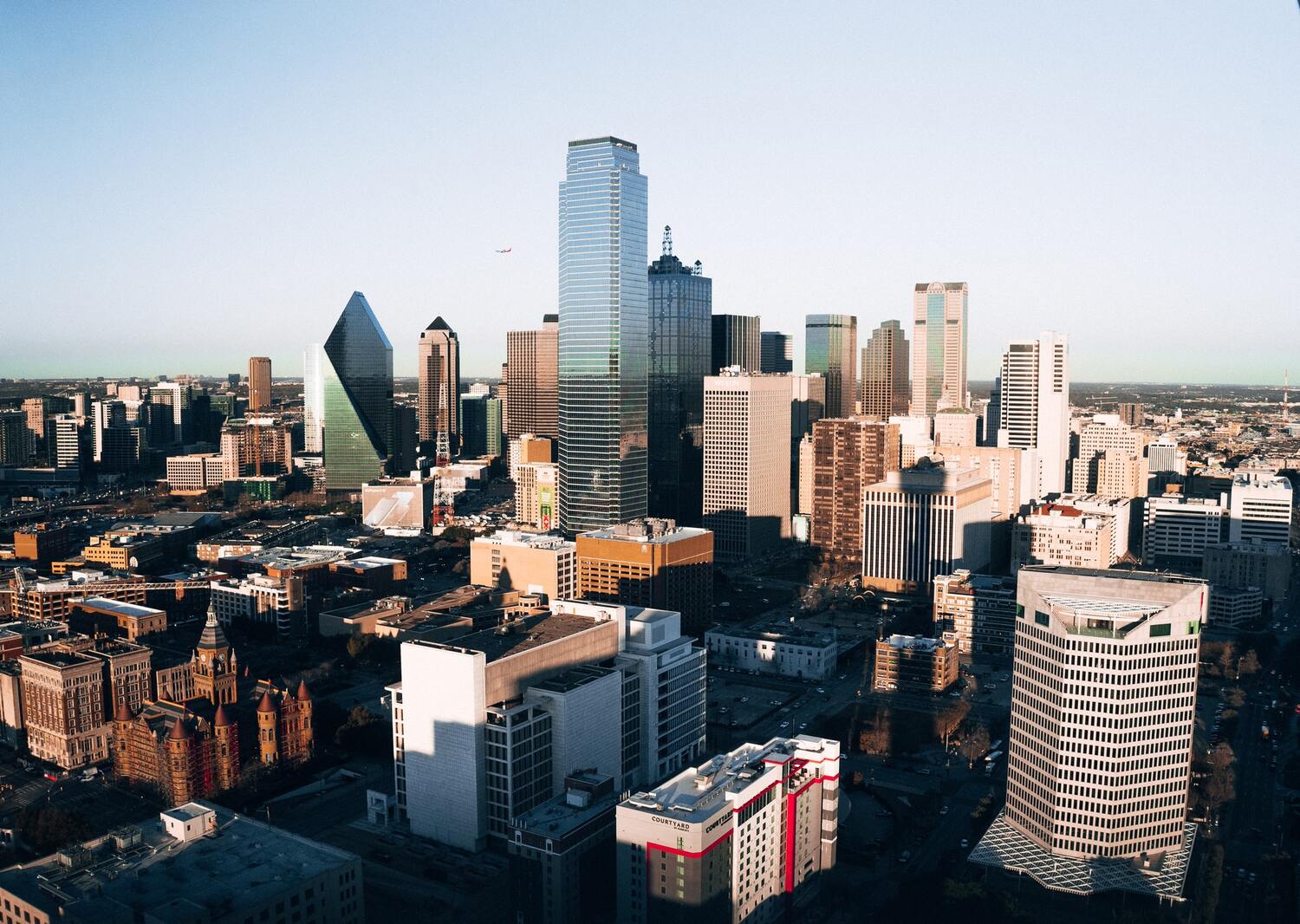 Everyone wants to have lower taxes. Taxes are something that people are more than likely to complain about, and they see them as the way the government takes away from their hard-earned money. Being in the United States, you owe federal tax and state tax. A way to accomplish having a lower tax bill is to live in a state with no income taxes. As of 2021, nine states are considered no income tax states.

The great thing about these states having no income tax is that you can earn as much as you want without paying income tax to the state government. Even living in your retired life, you can live without worrying if your social security is income tax-free. That is a big win for those that live in high-tax states. If you are primarily working from home, you can live in a state with no income taxes. That allows you to save more of your income and put it towards savings or high-yield investments.

States With No Income Tax

Here is a list of the nine no-income-tax states:

As we look at some of the pros and cons of these states having an income tax, you might realize the implications that need discussing. Ideologically speaking, we have two sides to the taxation issue. On the one side, those with high incomes prefer not to have their wages taxed even higher. The other side views taxes as a means to create a better society through better education, infrastructure, and increasing public services provided by the government that can help enhance your life.

No income tax states view the lower taxes for incomes as a great thing giving way for innovation, growth, and the attraction of young people flocking to avoid more taxes on their income. It creates a culture of development within the business economy and attracts young minds that help to create a thriving economy.

Why Move to One of the No Income Tax States?

The benefit of moving to one of the no income tax states is pretty apparent. You do not need to pay income taxes on your income, which means you can keep more of your money and use the savings to invest the money. With more money, you can seek out more investments for your Roth IRA or other retirement accounts.

Unlike the other taxes you may face, like property taxes or even sales tax, income tax is a tax on your earned personal income. So the more money you make, the more you have to pay. If you are already paying a ton to the federal government, you do not want to pay more to the state government.

One plus is it can help with your retirement as well. Moving to a no income tax state means those laws will extend to your retirement fund as well. There is a reason retirees flock to states like Florida and Arizona. The no income tax in those states and the warm weather attract many retirees to live there. They can live out their retirements without having to pay additional taxes to the state government.

Does Living in a No Income Tax State Save You Money?

The perception is that the less income tax you pay, the more you can save. That is true in that assumption. At this point, you need to look into what states will do to generate income.

The state government uses the tax money to fix the roads, fund law enforcement agencies, and other services like education and Firefighters. The funding for these public services comes from a combination of income tax, sales tax, and property tax. Without an income tax, the state must increase taxes in other areas to fund some of the public services they provide.

In no income tax states, the states impose taxes and various things such as higher sales tax or even higher property tax. That is a way to generate income for the state, and it is also the belief that plenty of people coming from out of state can create revenue from higher sales tax.

The state of Washington has the highest tax and fees on their gasoline, and it is 49.5 cents per gallon of gas, making it the most expensive gasoline in the country. New Hampshire and Alaska have some of the highest property taxes in the United States; they make anywhere between 45-63% of their taxable income from property taxes.

If you are not a higher-income earner, this can be bad for your economic status. The higher the sales tax, the more you will have to pay, which will cost you more money.

The state of Washington does not have an income tax, but they do have a high sales tax. According to The Tax Foundation, an independent think tank, Washington’s sales tax rate is 6.50%, adding a local tax rate and a combined 9.29% sales tax. With Oregon to the south with a 0% sales tax rate, people from Washington State head south to buy things.

The state of Tennessee has the highest sales tax rate in the country. With no income tax, a state needs to bring income in some way.

Are States With No Income Tax Outperforming the Other State?

You need to ask if having no income taxes helps the state to do better than other states. Looking at the research, four of the top ten states with the most substantial economic projections are those states that do not have an income tax. That can be for a variety of different reasons.

No income tax states attract workers and businesses. People want to work in a place with fewer taxes, and it is beneficial to the bottom line of your company, and individuals enjoy the ability to work without paying more in taxes.

Texas, Washington, Nevada, and Florida are ranked in some of the fastest-growing states in the nation. As the economy grows within these states, there will be more incentive for other people to move there, allowing more income to come from sales tax and property tax.

Having no income taxes could come at a cost for these states. With less income tax, you will have less revenue to invest into education and infrastructure. South Dakota and Wyoming are at the bottom of the 50 states on spending on education. Parents care about their children’s future education, and it may be a better bet to have children in a state that has better-funded education.

Infrastructure may not be the best in all of these states as well. Last winter, Texas encountered significant issues with its electrical grid, as it was outdated and not ready to handle so much snow and cold weather. Additionally, it was not even connected to the U.S. electric grid.

Investing in infrastructure like roads, bridges, and power grids can help enhance everyone’s economic status, not just those with higher incomes. This allows for a society to be able to thrive even more. There is a saying, “a rising tide lifts all boats.” As investment in such necessary projects and public services happens, you can help increase the economics, pushing more people to higher economic levels.

One last problem is the fact that economic growth may not continue to rise. At some point, it may shift to another state or slow down. If that happens, taxes will need to be raised somewhere else.

Would You Benefit From Living in a No Income Tax State?

Living in a no income tax state is all about your finances. There are a couple of factors that can affect your decisions. It would help if you thought it was worth it, so you save money on your income. Do realize that these states impose other types of taxes as well to raise money.

Here are a couple of factors to look at:

If you have a high income, you will save more money from not paying state income taxes. The income taxes imposed on a $100,000 in California would pay over $6,400, but living in a no income tax state will allow you to keep that money instead.

High sales taxes may not affect those with higher incomes as much as those with lower incomes. Saving a good chunk from income tax will allow you to not worry as much about the sales and property taxes.

2. Not a Big Spender

If you are a frugal person, you may not go out and spend tons of money, electing to keep your money in your checking account. States like Tennessee with a sales tax of 7% can be very costly to people that spend a lot of money. If you do not spend much money, you will be able to save on the sales tax.

You could also live close to a state that has no sales tax as well. Living in Washington State, you can reap the benefits of having no income tax and then drive to Oregon to pay no sales tax, and saving you a great deal in taxes.

3. You Own No Property

Since income tax is a non-revenue builder for these states, they need to have higher property taxes. States like New Hampshire and Alaska have some of the highest property taxes in the country.

To avoid some of these high property taxes, it would be best not to own property. That may be hard for those who enjoy real estate, but owning property in high property tax states may not be the best move if you want to pay less in taxes.

4. Public Services Are Not a Priority

Most of the States use the income from taxes to fund public services. If public services are not the biggest concern for you, these no income tax states may be a great place to head to.

Living in a no income tax state is all about your finances. The tax rates levied on your income can affect how you think about where you want to live, and you will need to determine your situation.

If spending money on groceries, gasoline, and many other products is what you spend most of your money on, then these states with high sales tax will leave you with less money in your pocket. Having fewer taxes on your high income is a priority than living in these states will help you out financially.

In the end, with less money taken out for taxes, you can then use that money to invest more. You can try out new investments through stock investment apps, real estate, or other investments with plenty more additional cash.

If you decide to move to one of these states, know how other taxes are levied. You may save on the income tax, but you may be spending far more on others.

Riley Adams is a licensed CPA who works at Google as a senior financial analyst. He owns the investing website, Young and the Invested (https://youngandtheinvested.com/), which teaches younger generations how to invest with confidence. 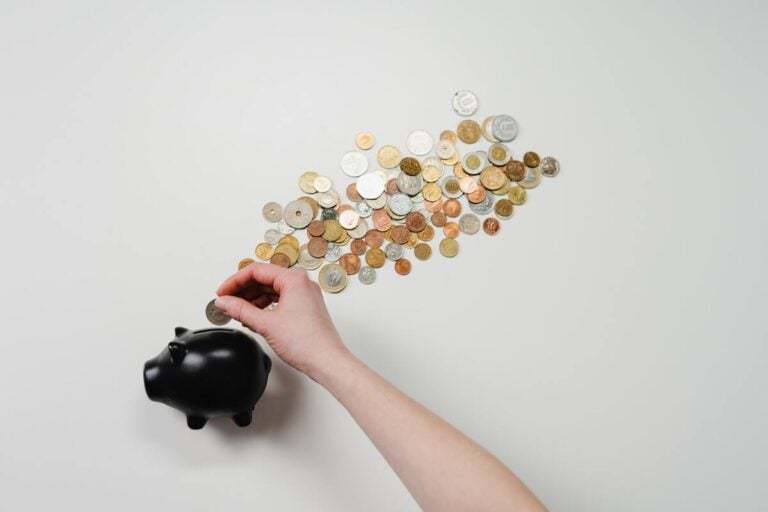 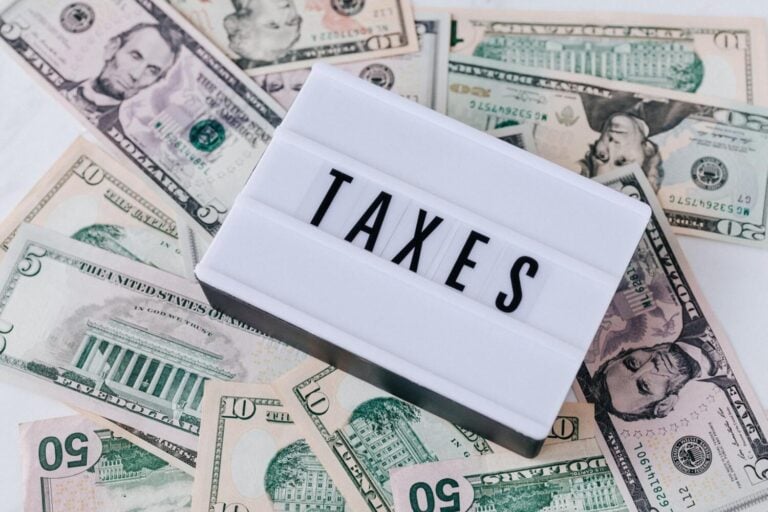 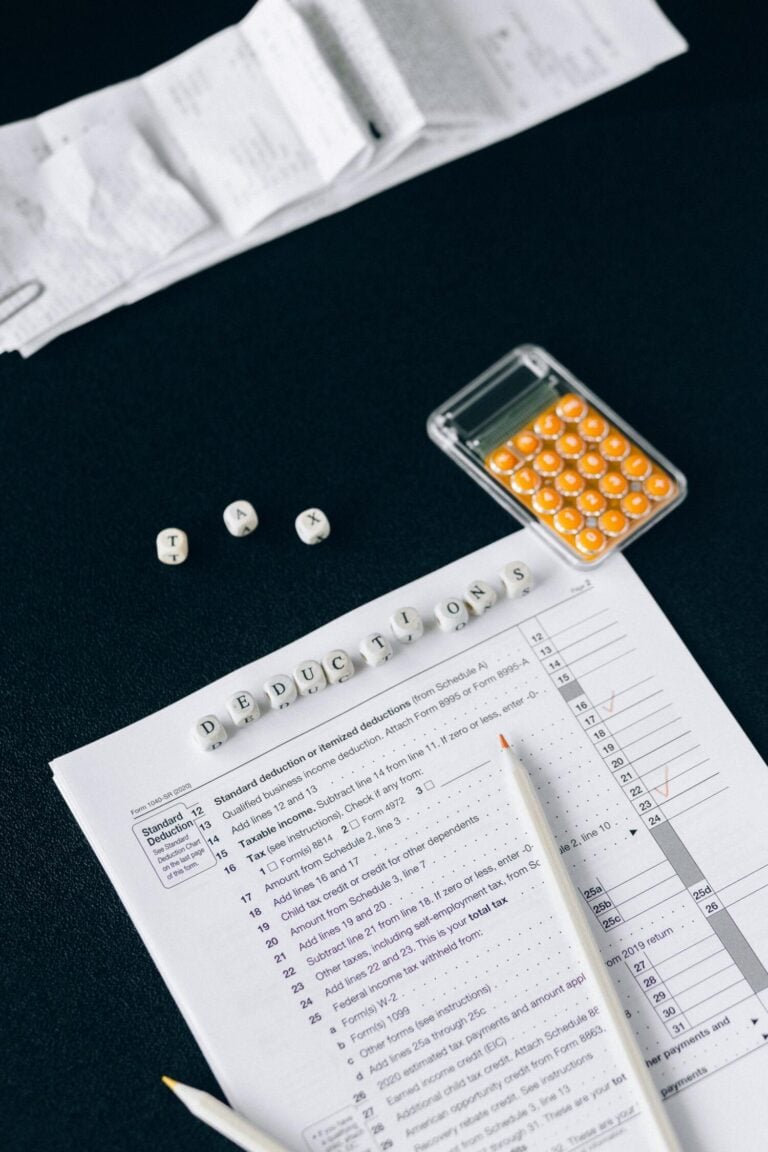 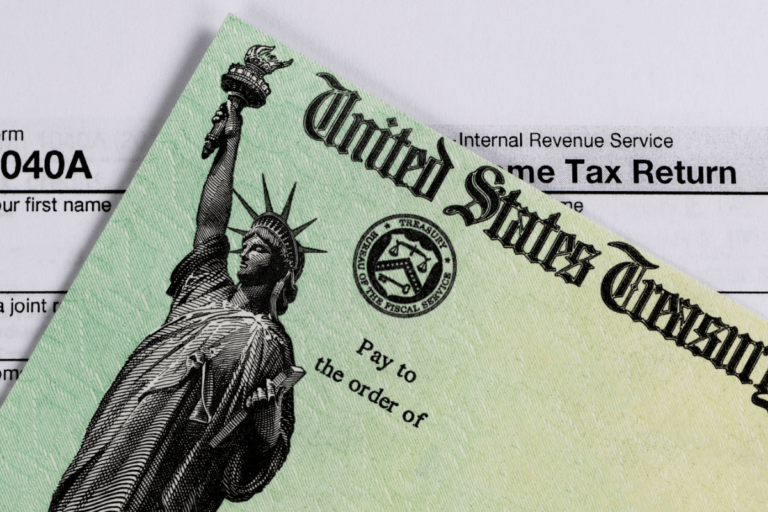 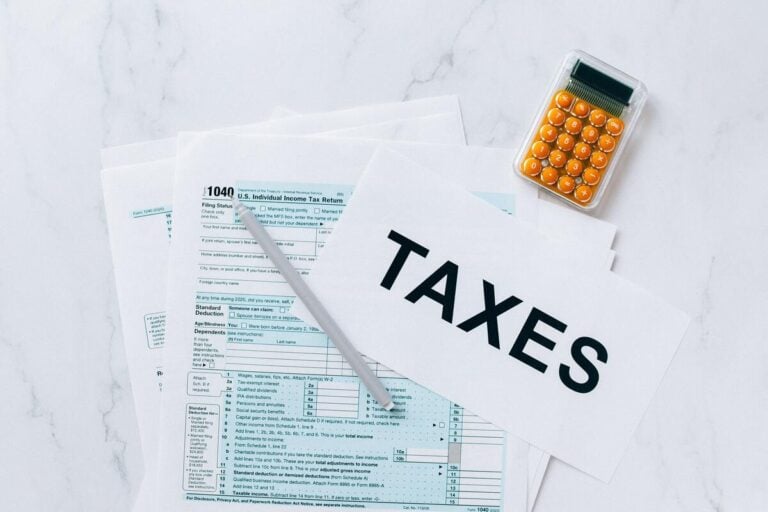 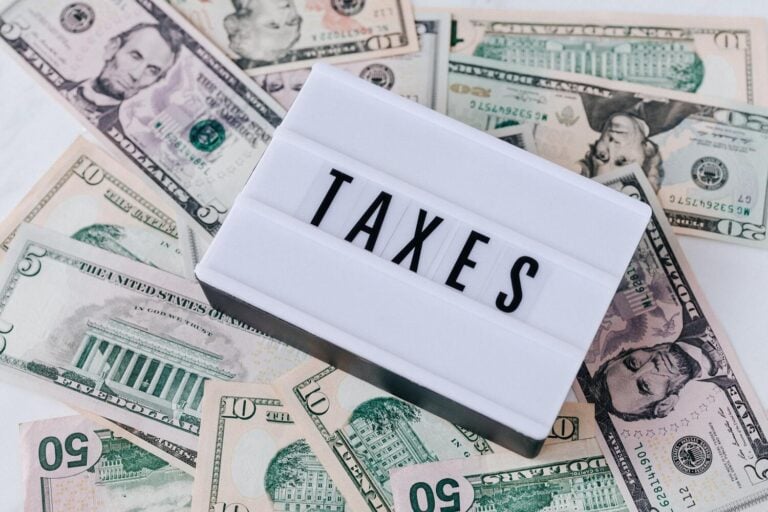