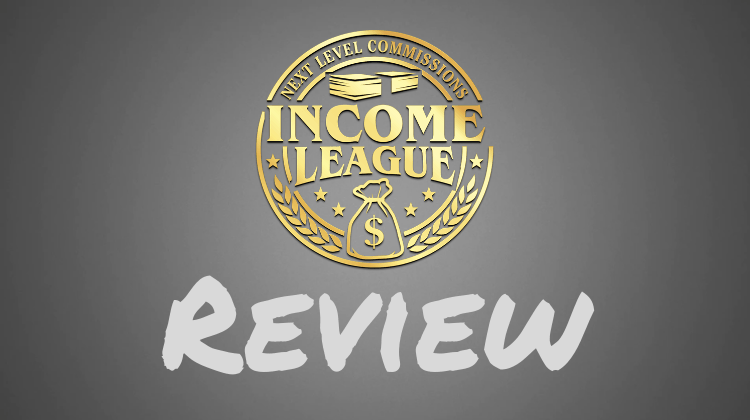 Welcome to my Income League review!

Income League is a program that pledges to reward your laziness and ignorance with the promise of riches simply by posting “tiny little ads” for only one or two hours a day. No knowledge of silly things like SEO, driving traffic or copywriting is needed to make this system work. Let’s take a deep dive to show you exactly why you’re better off staying clear of this slick nonsense. 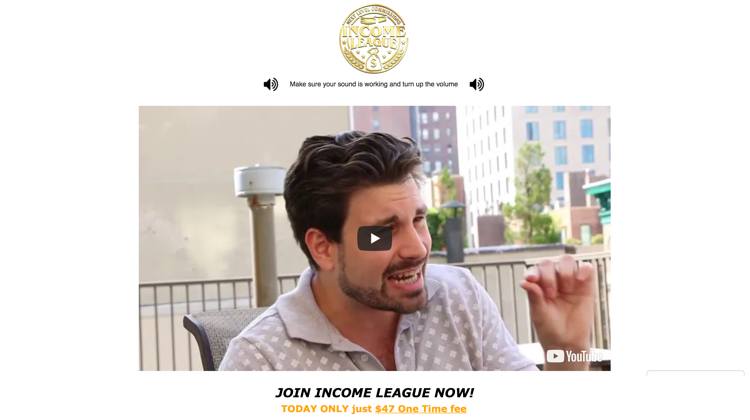 Summary: Income League is a money-making gimmick filled with high-pressure upgrades and misleading information. They prey upon the allure of enormous earnings for minimal effort. The system is deceptive: Income League doesn’t work as advertised and is devoid of value. Definitely pass on this one.Rating: 1/10Recommended:No  |  Still interested? Grab your copy HERE.

WHAT IS INCOME LEAGUE?

Income League is a pay-for-membership program that purports to teach you how to become an affiliate marketer. Its location may be 4549 N. Glenn, Fresno, California 93704. At least that’s the address on the avalanche of autoresponder spams I received after emailing them a simple question.

Developed by Matthew Neer — an affiliate marketing “guru” who’s known for his many online money-making schemes — Income League touts lavish earnings for simple tasks. But you’re in for a surprise once you pay for membership when you learn that you’ll be required to do much, much more than that. You’ll also learn new vocabulary words: BAIT AND SWITCH!

WILL YOU MAKE MONEY WITH INCOME LEAGUE?

If you do, at best it’ll be a meager amount far less than they promise. However, Income League will dupe you into thinking it’s the best thing since your first KISS concert.

According to founder, Matthew Neer, in his YouTube spiel, “I’m making almost $1,000 every day! Last week I did $8,000! Last month, $58,000!” Even if you don’t know a mouse from a motherboard, fear not. Income League swears that you’ll only need to know how to cut/paste and send emails to be a world-class marketer. Computer skills be damned! I’m gonna dread telling this to Bill Gates.

Before I delve further into Income League, here’s the sparse information I was able to glean about Mr. Neer. On his Facebook page, he offers up a little bit of puckish frat boy humor. He says he studied Capitalism at the Illuminati Order and attended AWOL Academy. How can we be serious about his product when he’s not serious about himself?

He also says he’s the “Bossman” at Digital Bankroll. I clicked on the DB link and it’s a page for one of his cheesy products. However, it just seems to be a medium for showcasing many photos of him in a shiny red Ferrari. Maybe he went to an exotic car dealership and offered the salesman a free Income League membership if the guy would take a pic of him in it.

Anyway, the Income League deception begins with Neer whispering sweet nothings in our ears about posting “tiny little ads.” (Maybe this makes it sound like they are less work than “really, really big ads.”). All you need to do is cut, paste and send emails. At the heart of the system, this is true. What Neer doesn’t reveal is that these actions are only the foundation of more complex steps that must be followed.

The Income League’s money-making system isn’t anything new. Its business model is affiliate marketing. If you’re not familiar with affiliate marketing, your job is to promote other people’s products online and earn a commission for each sale. But you don’t do it through some mystical loophole that lay dormant in the earth until now.

Affiliate marketing is kosher (it’s how I make a living online, after all), but not the way Matthew Neer does it. Income League’s style of list-building is designed to promote products, but not build trust or relationships with your audience. You will not have an identity, but instead be some faceless schmuck churning out low-quality ads like, “Make $325,002,689, 679 x Pi an hour telling people Income League isn’t a scam!”

If you only have an email list, rather than a website, you won’t build trust. Your audience has no way to find you, interact with you or get to know who you are. Internet users are astute and won’t randomly click on links they just happen to see on social media. An email list isn’t the same as a business.

What’s worse, you’ll be hawking Clickbank products, many of which are mediocre garbage. People will not take you seriously if you’re hyping BS products that don’t work. And the sole purpose, really, of Income League is to build email lists.

Getting back to Neer’s YouTube blather, he goes on for about 15 minutes hyping about posting “tiny little ads,” “cutting and pasting” and “you can do this if you can send an email” tripe. He convinces you that his program is, indeed, simple and that you can, indeed, do it.

Another problem with Income League is that you’ll be expected to use templates and other tools that they provide, which seems like a sweet deal that, again, requires minimal effort on your part. However, THIS MEANS YOU WON’T OWN ANYTHING. You’ll be completely at their mercy. If they pull up stakes, your business will be completely gone and so will all your hard work. Yikes!

With Income League, quantity does, indeed, outstrip quality. There are no tests to pass, no entrant quality controls. Even if you’re a pterodactyl, if you have a wallet, you’ll look like prime rib to them, and they’ll welcome you with open arms.

Why is there even a fee? First, Neer explains it like this, “We can’t give everyone access for free. If we did that, it wouldn’t be fair to the people who already paid.” Sooo….if you cheated all the people before me, it would be fair to cheat me too? Hmmm.

Then he contradicts himself: “We charge a small fee because we hire customer support for us and to make sure you’re always taken care of. We pride ourselves on a fast response time — usually 24 hours — or less.” The only “customer service” I got was an automated email. This means your small $47 fee is going directly to Neer’s offshore account, not someone at a keyboard wearing a headset.

What Is (And Is NOT) Included

After you join, you’ll have access to a brisk 90-minutes’ worth of training. There are also approximately two hours of YouTube videos about making money online with affiliate marketing. However, those are more about self-promotion with obsolete videos, as opposed to teaching you anything.

Neer explains Clickbank, tracking links and how to incorporate your GetResponse email autoresponder (which you must pay for) with their software. He also explains how to get traffic and coordinate your promotions with ad placements and suggested traffic sources.

You’ll also need traffic sources. Even the cheapest one, Adhitz.com, will cost you for what will mostly be bots and spam. You can also buy solo ads. With solo ads, the idea is to find someone who owns a large list of subscribers and pay them to send your emails to their subscribers.

Solo ads will cost you hundreds, even thousands, which will probably get you nothing more than substandard email addresses for your list. You’ll always be chasing the money to recoup your expenses and get back into profit. In essence, you will have paid “only” $47 to lose thousands.

This mess is compounded by the complete lack of writing tutorials. You need to be able to write simple, effective copy for your emails. It’s a huge part of Income League. Copywriting is a specialized form of writing that takes time to learn and time to practice. Expecting someone with no writing experience to write is kind of like expecting your butcher to do open heart surgery.

There’s no way to progress in the Income League system without upsells. You’re forced to get the upsells to access the full program. So you’ll be paying for an email autoresponder, tracking software, “VIP Training” (“Internet Marketing 101,” “Profit Activation,” etc.), “Massive Traffic” (“Free Ad Swaps, “FB Secrets” etc.), as well as “Vendor Site Secrets,” “Unlimited Campaigns,” “Millionaire Webinars” and “License Rights.” You could end up losing thousands of dollars instead of earning them.

Here’s the thing… when a product has upsells, the initial product isn’t as good as advertised.

Neer justifies all this by saying, rather defensively, “We’ve had dozens of students come through our system and make money. Don’t take my word for it. Look at our student testimonials. Look at what our students say. And actually, we had one of our students purchase a brand-new Lincoln Navigator. Let’s cut to the clip right now.” 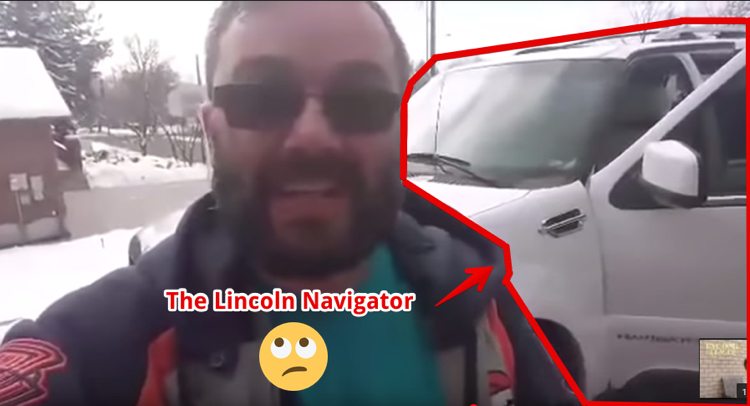 You’re probably way ahead of me now: there were no “student” testimonials on the website. I even Googled them, thinking maybe they were mentioned in some secret place where I could find them if only I implemented an exclusive, little-known formula recently deciphered in the chant of a Tibetan monk.

There was no clip either.

The most utterly despicable thing Neer says is that college is a waste when you could have saved money and signed up with Income League instead, especially since you can’t get a refund from college: “Go ahead and try to get your college tuition refund back because you didn’t make enough money doing that at your job now. Good luck, right? So this is a better deal than going to school.”

To their dubious credit, Income League does have a 60-day money-back guarantee! But Neer even cheapened this by saying, “If you don’t like it for any reason, whatsoever, you don’t like the sound of my voice, then you can get a refund, no questions asked, and we’ll part as friends. And I’ll have a beer with you later at the bar, no problem.”

Many people who’ve tried Income League felt like it capitalized on their lack of marketing sophistication. They believed (rightly) that Income League’s sole aim was to make them buy upsells. Although some thought Income League’s basic principle is correct, they felt it had been manipulated in order to manipulate them. The consensus was that Income League grossly misrepresented the amount of money they could make and the type of work involved in making it.

Income League deceptively promises at least $1,000 a day for posting “tiny little ads” during your coffee break. They entice newbies into paying $47 up front without revealing that they’ll need to purchase hundreds of dollars’ worth of upsells to access the entire program. They use emotionally driven sales tactics instead of providing training with any real value.

Income League is a scam, but if you’re still inclined, you can check it out here.

Yeah, I know, what a letdown, right? Yet another sketchy product that over- promises and under-delivers. What’s an honest seeker to do?

Well, if you like the idea of earning commissions for products and services you promote, there’s only ONE training I recommend above the rest — it’s the same platform that turned me into the full-time affiliate marketer I am today.

The program I speak of offers everything you need to get started, including step-by-step training, tons of resources, a thriving community, and myriad tools to help build your business from the ground up.

What do you think of this review of Income League? Leave your questions and comments below! 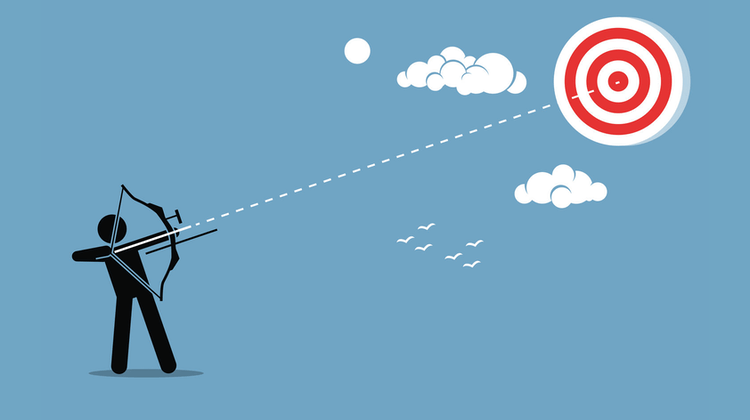 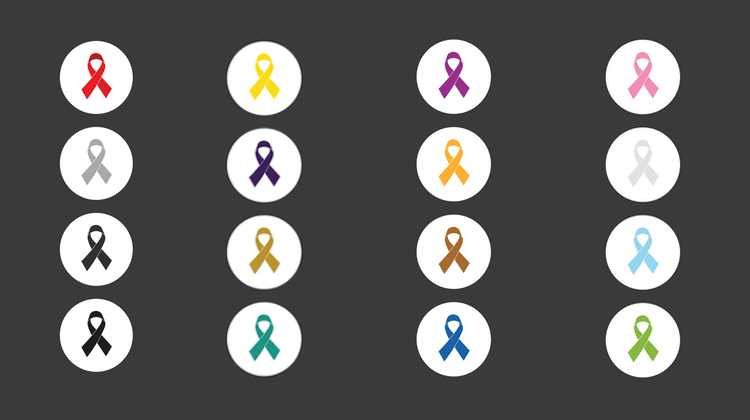 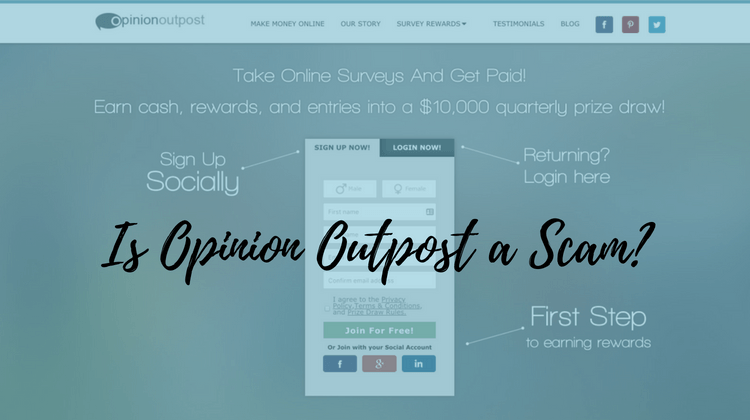 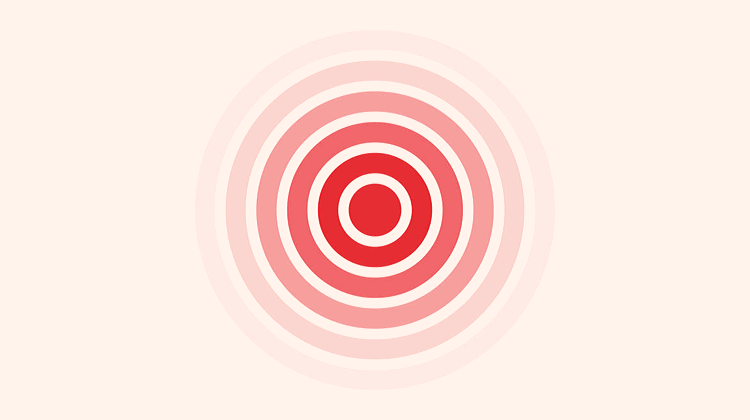 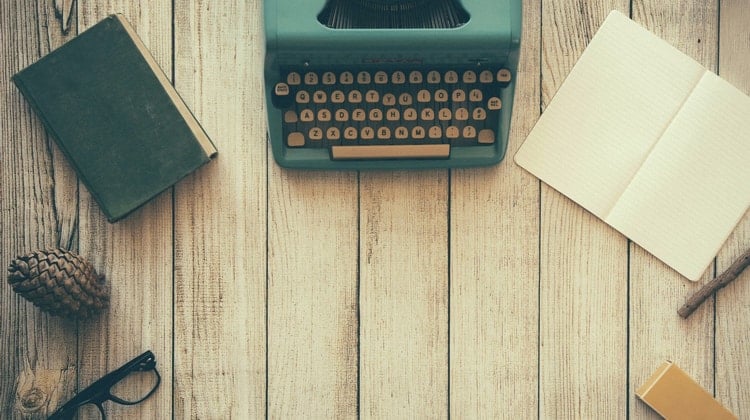 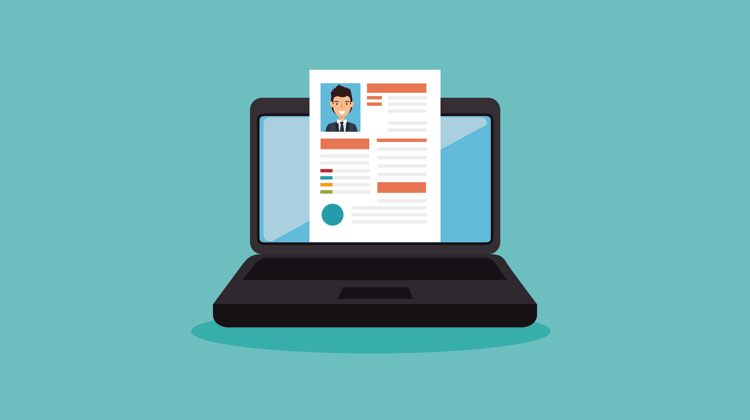